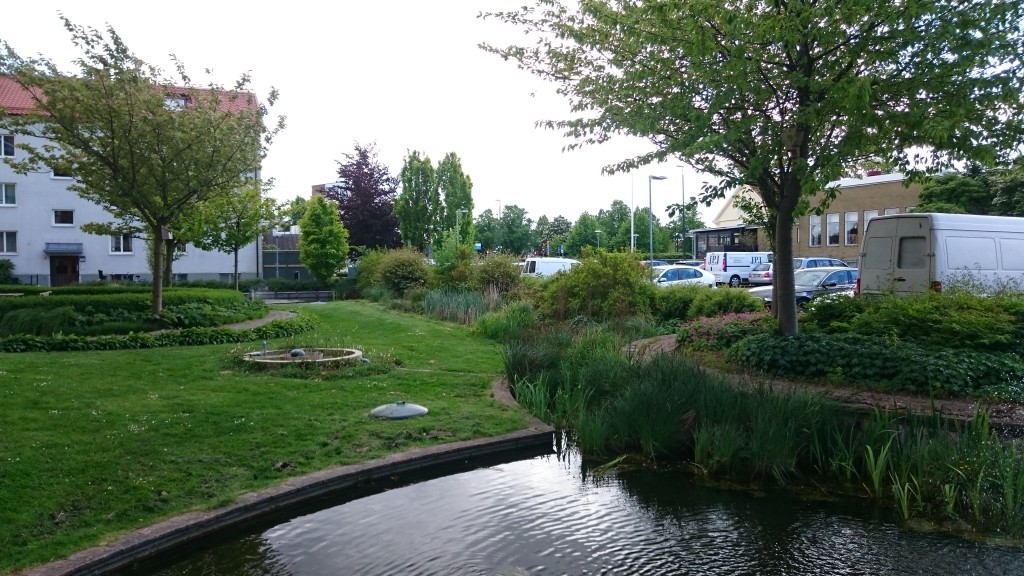 In the light of IPCC reports as well as intensive research projects it is now clearer than ever that climate change initiated from global warming has already affected the life on earth and is expected to lead to more severe consequences in the future. Therefore it is necessary to take action plans not only to control the deteriorating trend but also to prepare to meet the present and future challenges with regards to climate change. All such actions and measures are regarded as climate adaptation plans. Scandinavian countries are amongst those which are expected to be exposed to intensive precipitation as well as sea level rising. Three strong storm events during the last 4 years have struck the Öresund region where the populated cities of Copenhagen/Denmark and Malmö/Sweden are located.

The extent of damages evaluated for the rain storm on 2nd of July 2011in Copenhagen, which corresponded to a once in a 1000 year rain event, counted up to about 1 billion Euros while critical infrastructures were damaged and the hospitals were just about evacuation. The storm Sven (5th-7th of December 2013) showed that the city of Malmö was prone to critical damages in case of severe rainfall events. During the storm the water level in the city canals of Malmö raised about 1.5 m the three year-old metro network of Malmö was only 15 cm (in water level) away from being flooded. The situation was even worse in other Swedish cities in the Öresund region. The amount of insurance compensation paid by Swedish insurance companies summed up to about 600 million Swedish kroner for the damages caused by the two consecutive storms in autumn 2013 which struck the Öresund region.

The severity of the situation concerning climate change in the Öresund region caused us to take a closer look into the current status of measures with focus on the measures and projects for management of storm water in two populated cities of the region, i.e. Copenhagen and Malmö. This study, financially supported by Sweden Water Research, presents a comparative approach towards the differences, similarities as well as the perspectives of storm water management on two sides of the Öresund Bridge.