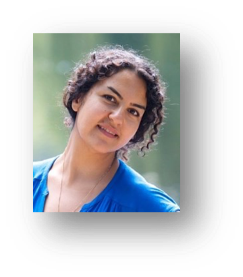 The climate is changing rapidly and its negative impacts are becoming more tangible. A majority of scientific predictions are indicating that unpredictable extreme weather events will occur at higher frequency in the future. These effects impose different threats, which will have more impact on cities. In 2050, nearly two thirds of the world’s population is estimated to live in cities. Already in 2014, urban areas accommodated 54% of the global population while many of them are located in coastal and river cities. River discharge, sea level rise and extensive precipitation turn flooding into a critical challenge in cities. The drainage systems of cities mainly rely on underground solutions. When the underground sewer system reaches its maximum, excess water will run towards private and public domains and cause damage. This might be due to the lack of trans-scale thinking and trans-disciplinary approaches. It is clear that urban drainage systems require improvement since pipe solutions have limited capacity, and are inflexible and expensive. Accordingly, more surface solutions are needed, which reveals the necessity for developing urban blue-green infrastructure and per se increase the interaction between urban drainage systems and the built environment. The main goal of the project is to identify the required planning strategies and design principles for developing or re-developing urban areas to make the built environment flood proof.

The research takes a trans-disciplinary approach to coping with floods in existing urban areas and reducing the negative impacts on urban environments and life conditions. The case study is the city of Malmö under extreme rain events, such as the one on August 31st 2014. A couple of urban areas in Malmö will be selected as case studies. Case studies should be different in some urban features such as water infrastructure, urban structure, urban form, densification plan, development policy, property ownership etc. The reason is to look into different parameters and realize if and how the combination of some might result in more or less flood resilience of an urban area.

The project aims at understanding the challenges regarding flooding in the cities and the way they have been addressed in different phases of urban planning. The research will look at the process of shaping the built environment by adopting planning strategies and urban design principles. The research will also explore unknown consequences of urban design which might have resulted in increased vulnerability of urban areas to flooding. Furthermore, a comparative study will be done between the city of Malmö and some front runner cities in urban flood management from countries such as Denmark, the Netherlands, UK and the US. The comparison is expected to not only collect more useful data but also create a better understanding of different urban design cultures and their effects on taking different approaches to flood-resilience of urban areas.